Blockchain 101: Getting Started in Cryptocurrency


If you’re reading this, odds are you’re new to the crypto world — which can seem like a daunting task to the uninitiated. We’ve put together this guide to walk you through the process and explain the lingo in hopes of making your venture into blocks and tokens a little less painful.

What is a Blockchain?

A blockchain is a form of distributed ledger technology (DLT) that logs information. It’s kept secure and is accessible to participants connected to the network of computer systems on the blockchain.

Each time there is a new transaction, that information is made available on participants’ ledgers. This information is encrypted and cannot be changed. Often, these participants remain anonymous or operate under various pseudonyms.

A DLT is a decentralized database that is created and used by several of these participants. They take advantage of the DLT and use it as a means of handling digital money, which in the past was a concept that was viewed as being too risky and little was known about its true value. 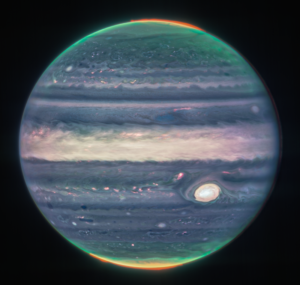 It wasn’t until the advent of Bitcoin when the volatility of the digital currency market began to normalize, which drew interest from investors.

Creating a currency out of thin air creates questionability as to the true value of that currency. Before Bitcoin, trust in cryptocurrency was hard to come by.

Bitcoin uses blockchain databases to solve this problem. This widely accepted form of cryptocurrency is managed by many participants who cannot artificially increase or decrease its value.

Previously, older databases were under the control of a single person in charge who, in theory, could inflate the value of the digital currency he or she creates and become a millionaire overnight.

Getting started in cryptocurrency is easier than you think, and before you get started it’s important to understand how you want to store your first “coin.” To do this you’ll need to create a crypto wallet.

A crypto wallet is a place where you can store your cryptocurrency. If you’d rather not be beholden to a particular exchange or want a more secure means to purchase, creating a “cold wallet” is a viable option if you’d like to take that approach.

A cold wallet allows you to direct your coins to it and differs from conventional crypto wallets in that you’re able to store your coins offline. This will prevent your investment from online attacks, but there is always a risk of losing your holdings.

There is a multitude of cryptocurrencies on the market. So, choosing a reputable coin is paramount. Bitcoin and Ethereum are the most widely traded, while thousands of others are less so. After you’ve decided how to store your first coin, it’s time to select an exchange to purchase your crypto assets.

Purchasing these assets can be done by making payments by various means, including bank transfers and third-party transaction applications like PayPal or Venmo. Recognizing whether certain exchanges are right for you often means checking to see if those exchanges charge fees for certain debit cards and bank transfers.

Before you make your initial investment, you’ll have to create an account. First, you must verify your identity to be sure that your legitimacy as a buyer is sound. You’ll need documents such as a state-issued photo identification card or a birth certificate, and a proof of address is also necessary. This process may take several days for verification, so patience is key.

Next, you’ll have to decide on your investment. A single bitcoin costs thousands of dollars. However, you have options to purchase a fraction of an expensive cryptocurrency like Bitcoin, though there are far less costly coins that you can invest in that won’t break the bank.

As with any investment, it’s important to prepare for potential losses. Since the cryptocurrency market can be unpredictable, it’s important not to invest more than you can afford to lose. Losses are a reality, and a single coin’s value can soar, remain steady or crash as its worth fluctuates.

Once you choose an exchange and you’ve set up your digital wallet, you’re all set to make your coin purchase. Bitcoin and its various derivatives can be used at thousands of merchants. And as cryptocurrency grows in popularity purchasing goods and services is on a path to becoming more common.

Converting cash into coins is yet another option and can be done by visiting a Bitcoin ATM. When you convert cash, you’ll receive a QR code that can be used to send coins to your digital wallet.

A category that includes all coins other than Bitcoin, the first and most successful of all the cryptocurrencies. Ethereum and Ripple are altcoins.

Bitcoin is the most trusted form of cryptocurrency and can be used to make purchases and transfers. This coin can be worth thousands of dollars and participants can own a fraction of a bitcoin or may invest in many other coins that are cheaper but are far less volatile as there tends to be less trust ascribed to other coins.

This form of technology allows participants the means of converting cash to be added to a digital wallet by providing a scannable QR code.

The blockchain is made up of blocks. Each block holds a historical database of all cryptocurrency transactions made until the block is full. It’s a permanent record, like a bag of data that can be opened and viewed at any time.

A blockchain is a form of a distributed ledger technology, also known as a DLT. Blockchains keep logs of detailed transactions updated across the ledgers of all the participants who have access to the blockchain on the same network of computers. The data is kept secure and protected.

A privately owned and operated, yet publicly transparent, blockchain.

DLTs, or “decentralized databases” are managed by several participants who take advantage of these secure means of handling digital money to continue investing, selling and transferring those funds.

A physical device, similar
to a USB stick, that stores cryptocurrency in its encrypted form. It’s considered the most secure way to hold cryptocurrency.

In order to raise funds, the creator of a cryptocurrency will put an initial batch of its coins up for purchase. This is an initial coin offering.

This is your unique wallet address, which appears as a long string of numbers and letters. It is used to receive cryptocurrencies.

The “coin” of a cryptocurrency is a token. Effectively, it’s the digital code defining each fraction, which can be owned, bought and sold.

A digital wallet is usually provided to a participant when he or she purchases coins on an exchange. Those that do not wish to be tied down to a particular exchange and want a more secure way of protecting their investments can opt for a “cold wallet” that coins can be directed to.