Custer: Blockchain infrastructure building will be the key to future industry development


With the rapid development of the crypto sector and the entry of traditional institutional giants, people’s attention to the crypto sector has further increased. People are beginning to realize that a new disruptive era may be unfolding; however, what most people do not realize is that this disruptive era actually needs some foundation to support it, and that is blockchain infrastructure.

The Custer Network enables fine-grained DevOps implementations to integrate and collaborate on services and resources under the chain, driving the application of blockchain technology in more real-world scenarios that can be extended with plugins to provide more advanced functionality. It is expected to become a trusted “bridge” between the digital and real economies, providing a new generation of public chain infrastructure for building complex distributed business applications. What makes Custer stand out in the blockchain infrastructure segment?

A large part of what makes Custer a powerful blockchain infrastructure tool provider has to do with the framework used by the Custer Network; the Custer Network uses the Tendermint framework, which is powerful because it can package the blockchain’s network and consensus layers into a common engine solution, allowing developers to can focus on application development instead of focusing on the complex underlying protocols. Tendermint also uses the Proof of Stake consensus mechanism, which has instant finality: as long as more than a third of the validators are honest, a fork will never be created. Users can be sure that their transactions will be completed immediately after the block is created and with high security. 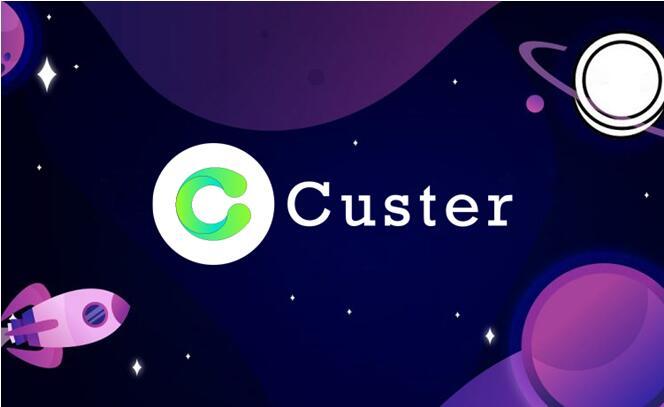 The blockchain industry has unlimited potential, but there is not much time left for us to enter

Custer is probably one of the best opportunities in the future blockchain industry. Custer’s innovative network framework, superior underlying network design and powerful application expansion features make me unforgettable after using it once, and Custer is a very developer-friendly blockchain infrastructure tool provider. The creativity of every developer in the Custer network will be maximized.

More fields will adopt the Custer network in the future, especially finance, artificial intelligence, and the Internet of Things, which have a high demand for application layer development. As blockchain technology is applied to these different domains, new use cases will emerge and we will see new ecosystems built on the Custer Network.