Filecoin Preparing its Next Jump with a Pennant Pattern

For nearly three weeks, the FIL price has been wavering in a no-trading zone, following the consolidation phase of the pennant pattern. Today, the coin price shows a 2.6% jump and rechallenges the overhead trendline. However, a daily candlestick closing above the trendline is needed to end this consolidation. 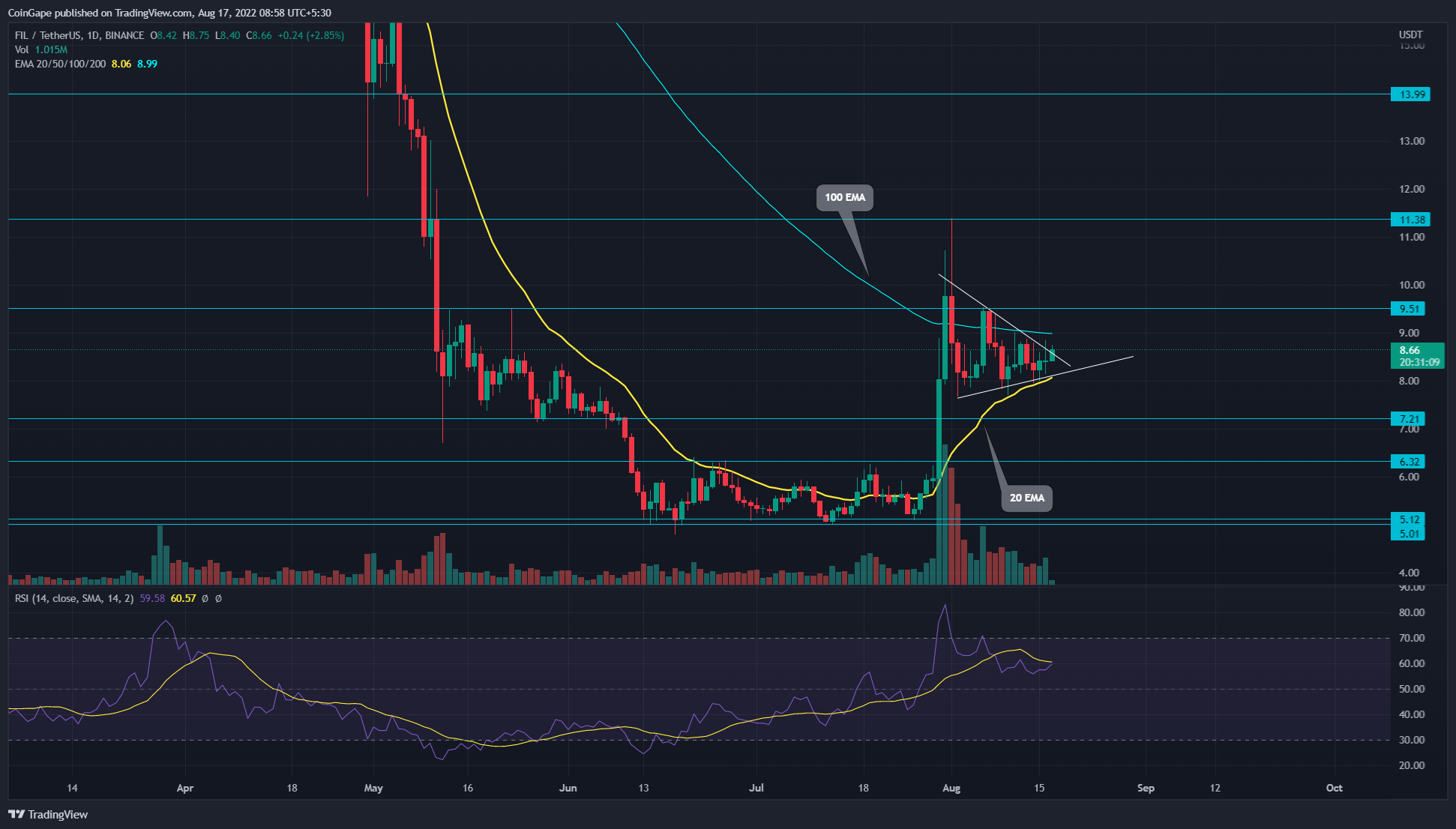 On July 26th, the FIL/USDT pair rebounded from the $5-$5.1 support and triggered perpendicular growth that hit the $11.24 mark. The sudden recovery registered a 117% growth in just a week.

However, the FIL price couldn’t sustain at these higher prices for long as profit booking from short-term traders triggered a minor correction. Following the pullback, the altcoin walks a later path within two converging trend lines, presenting a series of narrow peaks and troughs.

Such consolidation after a price jump indicates the formation of a pennant pattern. The FIL price resonated within this pattern for more than two weeks, gradually nearing its peak. Though the price spread has shrunk enough to be considered a no-trading zone, it also suggests the altcoin may soon give a decisive breakout.

In theory, this bullish breakout from this continuation pattern’s resistance trendline will provide the target of some distance as that of the pole. Thus the resulting may surge the altcoin 56% higher to hit $13.5.

Conversely, an unlikely yet possible breakdown from the support trendline will offset the bullish thesis and trigger a considerable correction. This retracement would slum the altcoin to $6.32 support.

EMAs: the coin price trading within a short range formed by the flattened 20-and-100-day Ema. A breakout from either level will give an extra edge on the respective side.

Top 3 Altcoins Performers For The Week