LTC could crash 65% if its bearish fate plays out


Litecoin price shows a rather bearish outlook from a higher time frame perspective, which hints at a steep correction awaiting the altcoin. To make matters worse, this pattern has already confirmed a breakdown, indicating that the fate of LTC holders has already been decided.

Litecoin price shed roughly 64% between April 1 and June 12, which pushed it down from $128 to $51. This steep correction was followed by a recovery phase that pushed LTC up by 62% in the next three months.

So, between April and September, Litecoin price action led to the formation of a bear flag on the charts, which is a form of bearish continuation pattern, signaling more losses ahead. As the name suggests, the pattern looks like a flag on a pole, only in the case of the bearish version ‘upside-down’.

In this case, the 64% correction is the flagpole, while the 62% recovery rally in the form of higher highs and higher lows formed the flag.

The setup forecasts a continuation of the bear trend for Litecoin price. The target for this technical pattern is obtained by measuring the flagpole’s height and extrapolating it from the flag lower. Starting from a breakout point at $55 it reveals that LTC could slide to $19.74. However, a conservative target would be $24.

The market conditions suggest that investors should pay close attention to $41.68 and the liquidity below it. If Litecoin price sweeps below this level and recovers quickly, investors should consider a potential early end to the downside move. 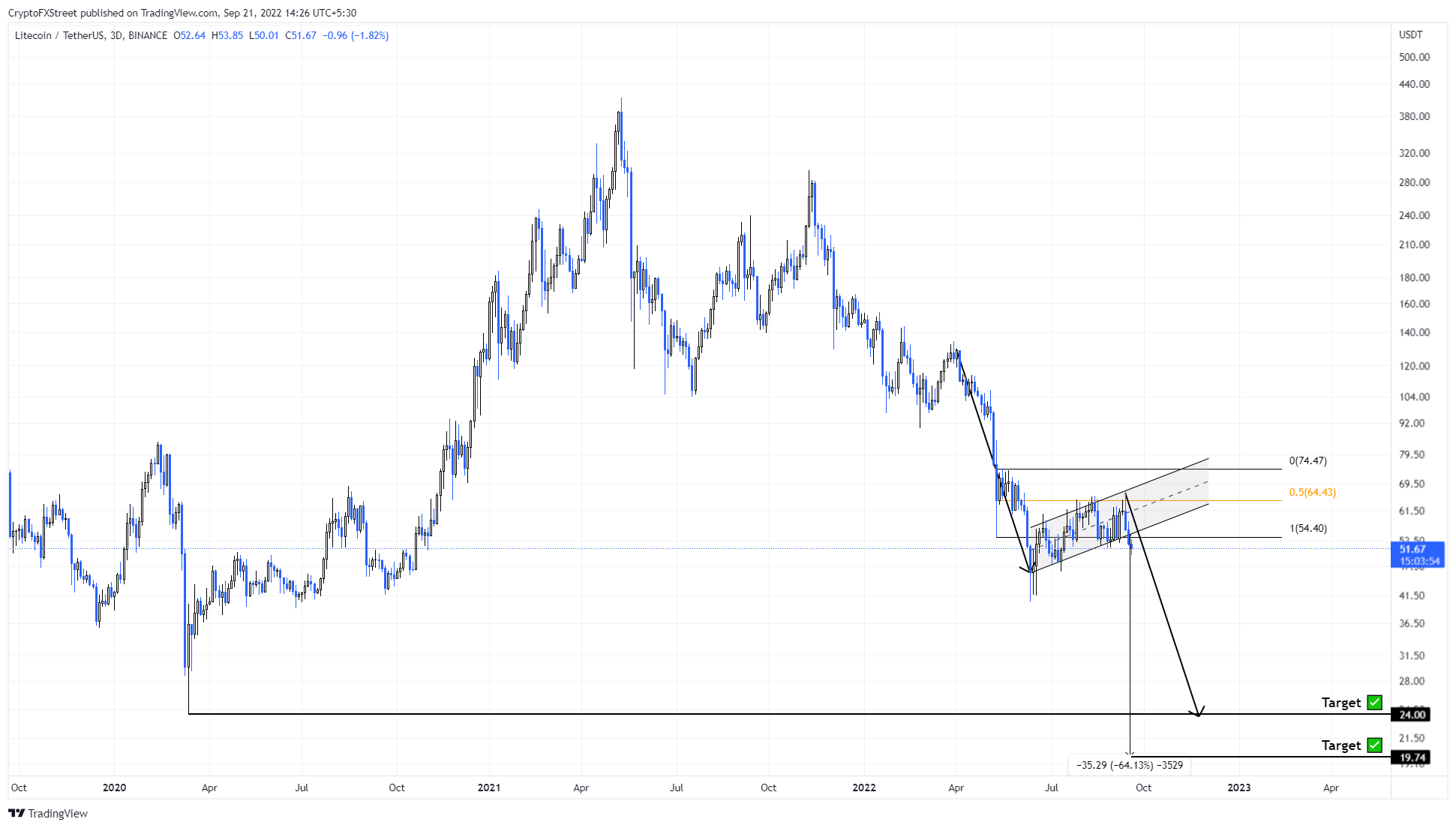 On the other hand, if Litecoin price produces a daily candlestick close above the $54.40 to $74.47 range’s midpoint at $64.43, it will indicate a weak sell-side camp. Moreover, this move will allow bulls to take control, invalidating the bearish thesis for LTC.

In such a case, market participants can expect Litecoin price to attempt a retest of the range high at $74.47.

The video attached below talks about Bitcoin price and its potential outlook, which could influence Litecoin price.