Polygon partners with Web3bridge to sponsor the Blockchain developers program. 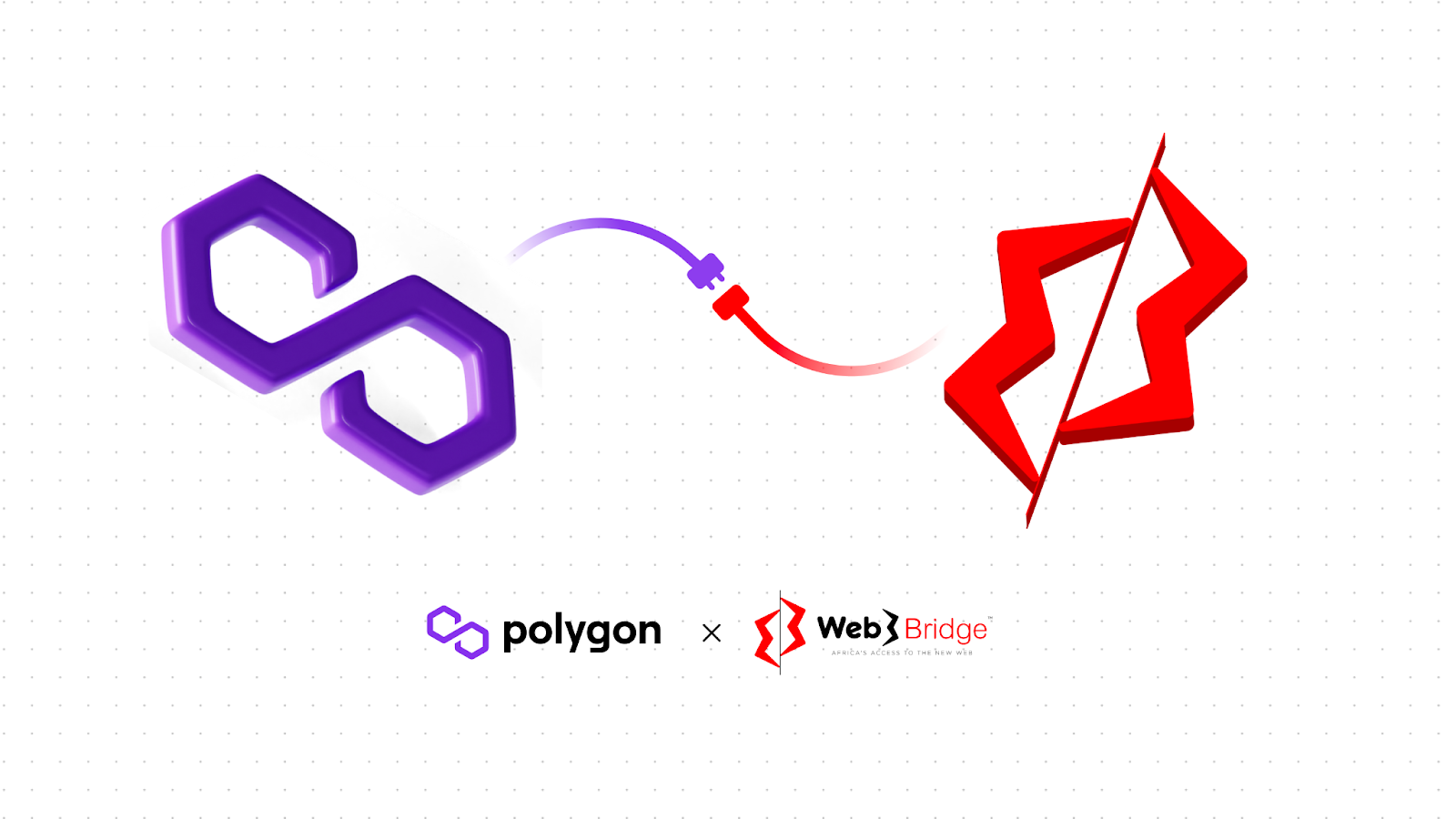 Using the cohort existing model, Web3bridge since its inception over the last two (2) years has equally trained budding developers and development enthusiasts. At each level, these trainees have transitioned from development basics to Blockchain developers and going pro.

As Web3bridge Cohort VII is set to commence in July, we are happy to welcome Polygon as a sponsor of the Cohort which has received over 1500 interests and applications from major countries in Africa.

Launched in 2019, Web3bridge, which has been the leading project designed by Africans for Africans to train blockchain developers, has been on a mission of identifying Web3 passions, training them in a collaborative and supportive remote environment, and creating an African Web3 community. And over the years, we have executed our learning series called ‘COHORT” from edition 1 to edition 7 with more than 2000 trained on Web2 and Web3 Blockchain development for free with access to accommodation, feeding, and internet access at our learning facility in Lagos.

This is an initiative that started as ‘500 Nigerian Developers for Ethereum’ but has scaled into an organization that has contributed to the growth and development of developers from across Africa who are now contributing globally to different blockchain projects as developers, developer relations, and developer advocates. This act has also exposed not less than 10,000 Africans to Web3 and its wealth of opportunities through educational and extended learning series.

At the center of Polygon’s vision is Ethereum, a platform that is home to a range of decentralized applications, ones where you can join virtual worlds, play games, buy art, and participate in a range of financial services.

Web3bridge’s program is designed to produce product-market fit developers using a wide range of measures including mentors that are working on great projects, weekly assessments, revisions, social bonding, workshops, career and personality profile sessions, and evictions to ensure strict adherence to instructions and learning by participants who have the option of attending virtually or onsite at the learning facility in Lagos.

Polygon’s sponsorship of this cohort consolidates its commitment to the growth of the developer ecosystem globally and in Africa, especially. We believe that this partnership will have a further impact on education, organizing hackathons, learning challenges, and creating a more unique environment for participants of this current and subsequent cohorts.

Commenting on the sponsorship, “Web3 represents an excellent opportunity for the world to see Africa’s potential. The growth rate in Africa has been astonishing, and we are looking forward to collaborating with more companies across the region”- Dalip Tyagi from the Polygon Developer Relations team and Shodipo Ayomide from the Polygon Developer Relations team stated, “I have known about Web3Bridge for a while now, and I’m excited about what they are doing in the region. It’s a big deal for me to support this project, and I’m looking to invest in more similar projects across the African region.”

For us at Web3bridge, we are excited and we will continue to improve on building developers and the entire blockchain ecosystem in Africa. Special thanks to the Polygon DevRel Team, Dalip Tyagi, Shodipo Ayomide, Muskan Kalra, and others for their support in making this happen.

Interested in learning about Blockchain developments? Grab the chance to learn for free at Web3bridge. Get connected on Twitter, Instagram and join their community on Telegram.

Get the best African tech newsletters in your inbox