Feeling to surpass the 50-day EMA, the SAND price action shows a double top pattern formation in the daily chart. The bearish pattern has a neckline at the psychological mark of $1, but the buyers regain trend control at $1.08, resulting in a price jump of 3.76%. However, the declining market conditions warn of a downtrend continuation. Will buyers manage to keep the market value float above $1? 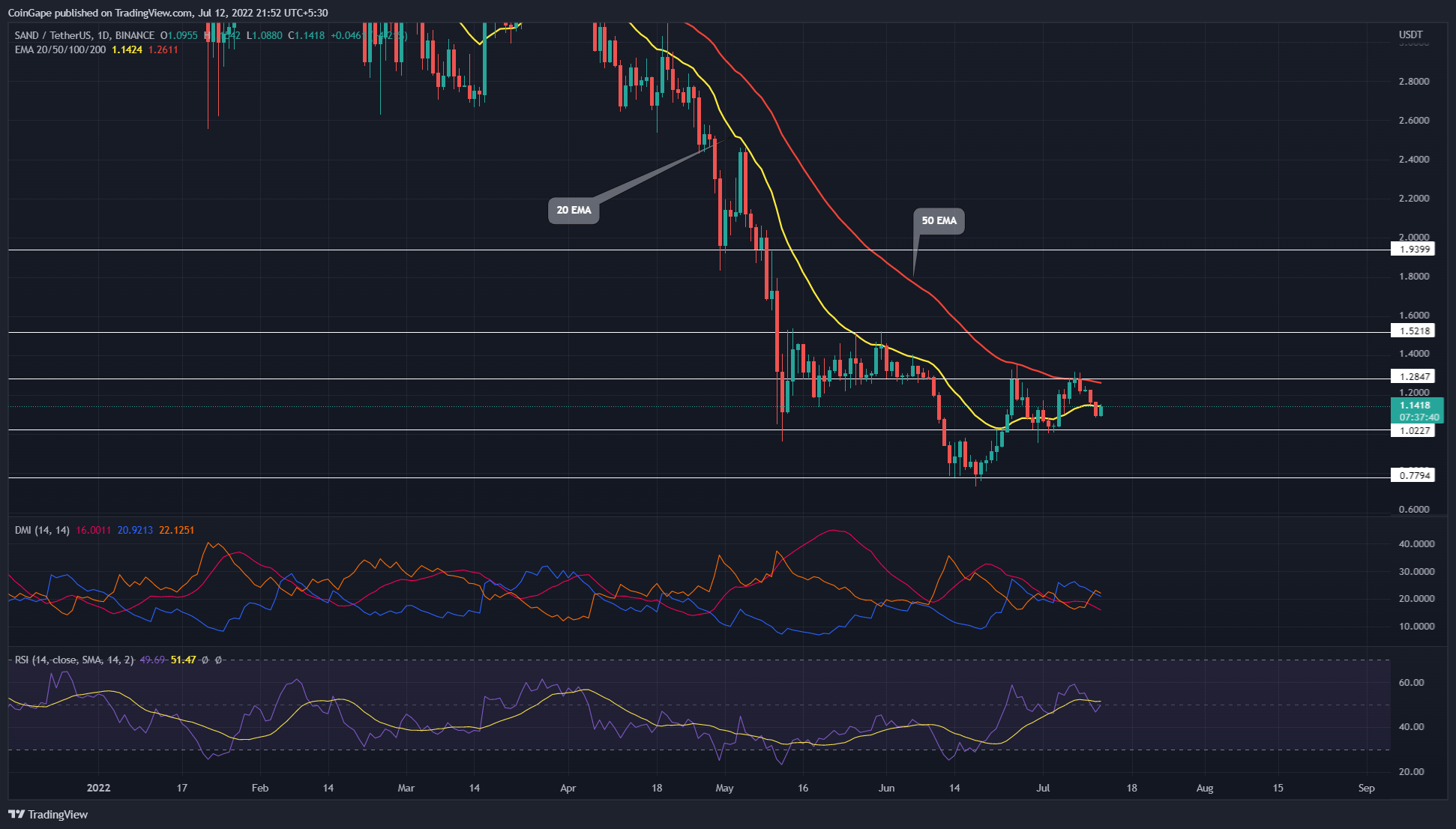 Over the past two months, the SAND/USDT pair has been walking a lateral path. In June’s third week, the SAND price surged 62%, hitting the $1.28 mark. However, the SAND buyers failed to sustain the buying pressure resulting in a bearish retracement from the 50day EMA, resulting in the retest of the $1 breakout.

The post-correction rally undermined the minor pullback and rechallenged the $1.28 resistance. However, the supply pressure persists and tumbled the altcoin 16.28% down to its current level at $1.14. Moreover, this ongoing consolidation reflected the formation of a double top pattern.

If buyers fail to sustain the bullish trend momentum, a bearish breakout of this bearish pattern will result in a downfall below the psychological mark of $1. Thus, the sellers can expect the downtrend rally to take support at the next horizontal level of $0.78.

Conversely, a retest to this accumulation zone may stall the falling price, possibly initiating another upswing.

The DMI indicator shows a bearish crossover in the DI lines with a downfall in the ADX line, reflecting a weak trend momentum as the prices recover.

The RSI indicator shows the sideways trend in the nearly overbought zone, but the recent bearish setback tracks crack under the 14 days average line.

Hence, the technical indicators display a new bearish trend regaining momentum despite a bullish growth in the last 24 hours.