The chair of the US Securities and Exchange Commission is looking to strike agreements with other financial agencies to prevent cryptocurrency operators from slipping through the cracks of the US’s fragmented regulatory structure.

Gary Gensler told the Financial Times he was talking to his counterparts at the Commodity Futures Trading Commission about a formal deal to ensure that trading in digital tokens had adequate safeguards and transparency.

His proposal comes as US authorities’ efforts to oversee cryptocurrencies become enmeshed in Washington politics, potentially reducing the SEC’s influence over digital assets. Lawmakers on Capitol Hill are rushing to clarify what is legal and who is responsible for supervision.

The SEC and the CFTC have historically focused on different aspects of financial markets and rarely work in tandem. The SEC mainly oversees securities and the CFTC derivatives; cryptocurrencies potentially straddle both markets.

At the same time, fines from enforcement actions are rising. US regulators have collected $3.35bn in crypto enforcement actions since the advent of Bitcoin in 2008, according to government data collated by British crypto analytics company Elliptic, including $179.7mn in the first six months of this year. The SEC accounted for more than 70 per cent of the penalties.

Gensler said he was working on a “memorandum of understanding” with the CFTC, which he headed from 2009 to 2013. The SEC has jurisdiction over platforms listing tokens that are deemed securities.

If a token that represents a commodity is listed on a platform overseen by the SEC, the securities regulator would “send that information over to the CFTC”, Gensler said. The CFTC declined to comment.

The market for digital assets has been gripped in recent months by the impact of falling prices. The price of bitcoin has fallen by more than two-thirds from a record high of nearly $70,000 in November. Exchanges have laid off staff and some lending platforms have prevented customers from withdrawing assets.

Gensler has been one of the most vocal regulators calling for more oversight of cryptocurrencies and has urged platforms to discuss whether they should register with his agency.

“By getting that market integrity envelope, one rule book on an exchange will really help the public,” he added. “If this industry is going to take any path forward, it will build some better trust in these markets.”

But a bipartisan bill introduced by US senators Kirsten Gillibrand and Cynthia Lummis has proposed a crypto regulatory framework that would extend the CFTC’s powers, based on the assumption that most digital assets resemble commodities rather than securities.

The agency has traditionally focused on commodity derivatives, such as futures and options, rather than commodities themselves.

Rostin Behnam, who was appointed CFTC chair in January, told the FT earlier this year that there could be “hundreds if not thousands” of tokens that qualify as commodities, including bitcoin and ether.

Regulating cash crypto markets “could be a natural fit for us”, he said. The idea “that we’re not suited I think is a little bit misaligned”, he added.

Both he and Gensler declined to comment on whether expanding the CFTC’s jurisdiction over crypto would generate friction with the SEC or cause confusion.

Behnam said that legislation “would go very far in clarifying that very delicate and difficult issue about which coins constitute commodities and which constitute securities”.

The Gillibrand and Lummis bill did “a very good job” in distinguishing between securities and commodities tokens, Behnam said at a conference earlier this month. 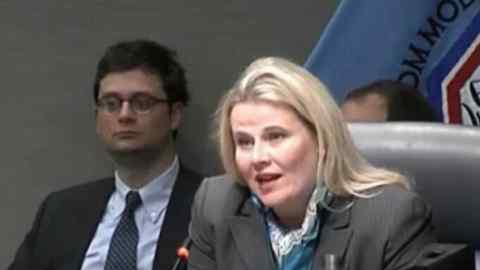 At an event a few days later, Gensler stopped short of commenting on the bill, but warned against undermining existing protections in a “$100tn capital market”.

He added: “We don’t want” stock exchanges or mutual funds, “inadvertently by a stroke of a pen, say ‘You know what? I want to be . . . outside of this regime’ that I think has been quite a benefit to investors and economic growth over the last 90 years.”