This Company Is Buying More Bitcoin in This Crypto Crash — Should You Do the Same?


Business analytics company MicroStrategy (MSTR 1.50%) has converted nearly all of its cash reserves into Bitcoin (BTC -0.26%) tokens. You might expect CEO Michael Saylor to be less enthusiastic about this idea, as Bitcoin prices fell nearly 60% in the first half of 2022, but the company is still buying more digital coins.

Is MicroStrategy setting a bad example here — or should you follow suit?

According to official filings to the Securities and Exchange Commission (SEC), MicroStrategy bought another 480 Bitcoins between May 3 and June 28. The average price per coin worked out to $20,817, and the total investment added up to $9.99 million.

The company now holds 129,699 Bitcoins in its digital coffers, worth approximately $2.50 billion at today’s prices.

Adding 480 coins to this massive hoard amounts to an increase of 0.4%, so it wasn’t exactly a gigantic investment. However, the act of putting more money into Bitcoin while the price chart is plunging still shows that MicroStrategy and Saylor expect the Bitcoin investment to turn profitable again.

Saylor is an established Bitcoin influencer

Saylor is extremely bullish on Bitcoin’s long-term prospects as an investment and ultimately as the currency of the future. These opinions aren’t exactly hot news, as Saylor has been spreading the word for a couple of years already. When Elon Musk’s Tesla (TSLA 1.24%) bought $1.5 billion of Bitcoin last summer, Saylor appeared to have played an integral part in inspiring that investment.

So maybe we shouldn’t read too much into MicroStrategy’s modest increase in Bitcoin holdings. If Bitcoin prices collapse to zero, Saylor looks prepared to go down with the ship. In other words, this small round of Bitcoin investments shouldn’t inspire anybody to bet their life savings on the digital currency.

Don’t get carried away with the Bitcoin idea

The cryptocurrency market is still in its infancy. The domestic market doesn’t have a proper regulatory framework yet, and governments around the world are wrestling with their specific approaches to this unfamiliar asset class.

And the risks are real. It cost MicroStrategy $3.98 billion to assemble its Bitcoin holdings, which now are worth just $2.5 billion. Accounting for these lower asset prices, the company has posted massive losses in the last two quarters. If Bitcoin drops much further, creditors would eventually want MicroStrategy to repay the loans they took to finance some of its Bitcoin buys. 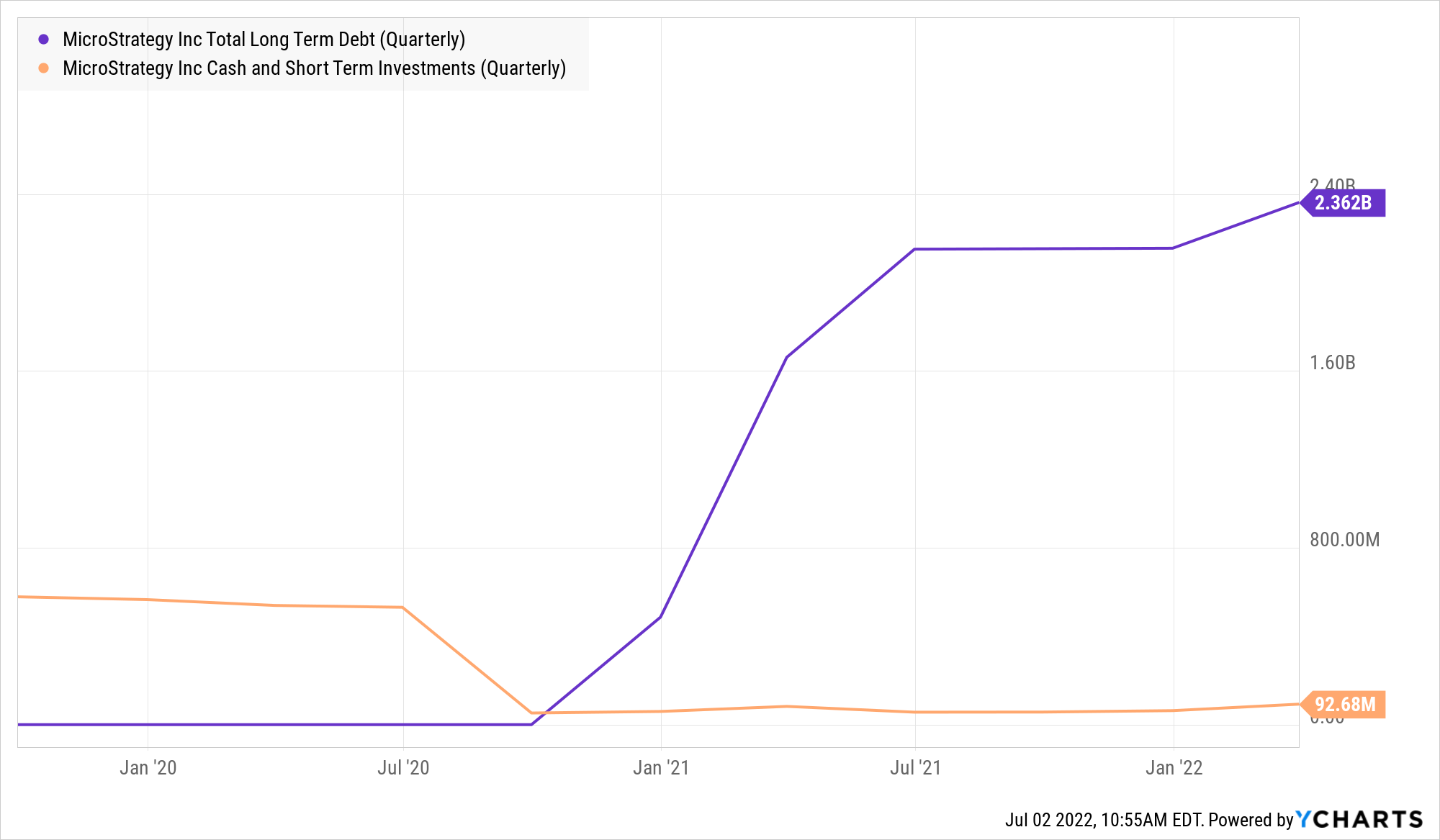 So I understand if you believe in Michael Saylor’s vision of Bitcoin as a great long-term investment, leading you to invest a small portion of your own portfolio in this digital currency. However, many things could still go wrong and I don’t think you should go all in on Bitcoin the way MicroStrategy has done.

It would be best if you kept your Bitcoin exposure small for now, reflecting the speculative nature of this exciting but dangerous investment vehicle. Patience is a virtue, especially in volatile and risky markets like the current cryptocurrency industry.