Cryptocurrencies and most crypto stocks nose-dived this morning, as investors assessed the macro outlook and tried to figure out how hawkish the Federal Reserve will be.

Stocks and digital assets have had much more correlation this year, as high inflation and the Fed’s ongoing interest rate hikes have crushed both asset classes this year. In addition, the Fed has started to pull liquidity out of the economy in an effort known as quantitative easing, which has also spooked investors. But there didn’t seem to be an obvious reason for the huge drop in crypto prices this morning. 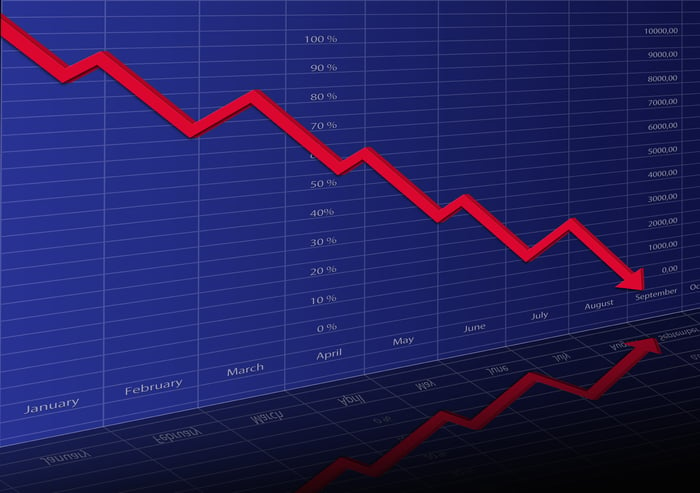 “US equity markets have pulled back since Wednesday’s release of the July Fed meeting minutes, the key takeaway being that the Fed likely won’t be finished with rate hikes until inflation is tamed across the board, with no guidance offered on future rate increases either,” Simon Peters of the investment firm eToro told CNBC this morning.

Peters added that “the trend has also perhaps been exacerbated by [the] liquidation of long positions on bitcoin perpetual futures markets.”

Cryptocurrencies have not fared well as interest rates have risen because rising rates make safer assets like U.S. Treasury bills yield more, making riskier assets across the board less appealing.

Additionally, Bitcoin went on a huge run in 2021, which made it look like a lot of growth stocks that had unsustainable valuations toward the end of last year. It is very hard to value cryptocurrencies, but investors probably thought Bitcoin had run up too far too quickly. The longer the Fed has to keep hiking interest rates, the longer there is likely to be pressure on the crypto market.

After new data for July showed that inflation could be peaking, investors hoped that the Fed could ease up on its hawkish stance and slow the pace of rate hikes.

But in recent days, the Fed has indicated that it still likely has plenty of work left to do to get inflation to a comfortable level. Until then, the Fed will likely continue raising rates for some time, which increases the likelihood it might also tip the economy into a more severe recession. San Francisco Federal Reserve president Mary Daly recently said she expects rate hikes to continue into 2023 at the very least.

Coinbase, Marathon, and HIVE are all stocks that trade with a high correlation to the price of Bitcoin and the crypto market because their business models all depend on crypto activity.

Coinbase needs consumers and businesses to trade cryptocurrencies, which it collects commissions on. And then Marathon and HIVE mine Bitcoin, so the value of Bitcoin heavily determines their perspective values.

I do think Bitcoin will ultimately head higher over the long term but could be very volatile and experience pressure in the near term. I haven’t completely given up on Coinbase and think there is long-term potential, but the company has a lot of work to do to diversify its revenue base. I prefer to buy cryptocurrencies like Bitcoin over Bitcoin miners like Marathon and HIVE.