Your Absolute Guide To Blockchain Benefits In 2023 | 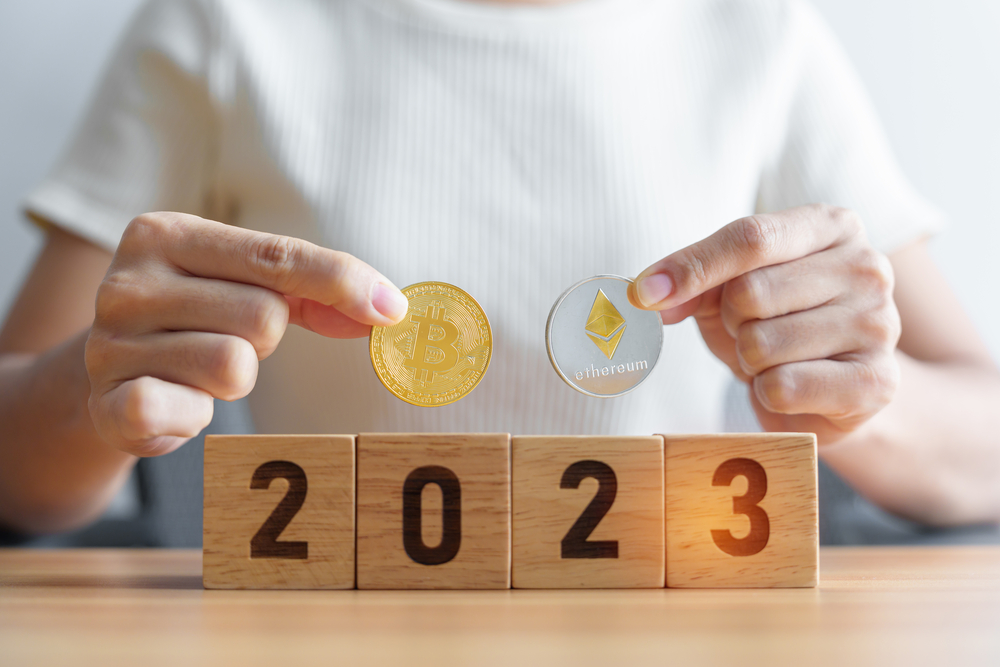 The term “blockchain” refers to a distributed system or ledger that is accessible from all devices on a network. Because it stores information in digital format, a blockchain is sometimes compared to a database. Blockchains fulfill an important role in the operation of cryptocurrency networks like Bitcoin by ensuring that transactions are recorded in a way that is both safe and decentralized. Blockchain technology is novel because it eliminates the requirement for a trusted third party while also ensuring the integrity and privacy of a recorded transaction.

The way data is organized in a blockchain is very different from how it is organized in a normal database. In a blockchain, data is assembled into blocks, which are arrays of records. A block is said to have a blockchain, which is a perpetual record of transactions that are created when its storage space is filled to capacity and then sealed off and connected to the block before it. Once a new block has been generated and filled with data, it is inserted into the chain along with all the data added since the last completed block.

Assume a corporation uses a server farm of 10,000 PCs to store and manage the personal details of each of its customers. This corporation holds ownership of the warehouse where these computers are stored, and, as such, has complete authority over each machine and the data it contains.

Imagine if it suddenly lost access to the web. What if it totally burns down? Is there a way to stop a bad person from erasing everything with a single keystroke? The information has been deleted or distorted in any circumstance.

A blockchain benefits because it makes it possible for the database’s information to be spread out across a network of many nodes. Not only does having multiple copies of the database increase its reliability, but it also helps to protect the data’s integrity.

This is accomplished by ensuring that even if an attacker were to successfully modify a record in one location, the change would not spread to the other nodes in the network.

If a user were to try to tamper with Bitcoin’s transaction log, every other node in the network would be able to cross-reference with each other and quickly identify the offending node.

As a result of using this technique, a clear and precise chronology of events may be established.  This means that the data and history (including bitcoin transactions) remain permanent.

The Safest Technology is The Best Blockchain Benefits

The safest technological reason for this is that each block not only keeps its hashes but also the hash of the previous block and the date that was given before. A hash code is a string of numbers and letters made by a mathematical function that takes digital information as input.

The corresponding hash code shifts when the data is modified in any way. Let’s say a hacker who runs a node on a blockchain wants to steal bitcoin from everyone on the network by changing the blockchain.

There has been much excitement about the potential for blockchain technology to revolutionize the banking and financial services industries. However, there is a notable difference between decentralized blockchains and banks.

Transactions in the Banking and Financial Sector

The financial sector may be the one that stands to gain the most from adopting blockchain technology. Banks and other financial institutions are not available on weekends and most major holidays. The funds from a check deposited on a Friday at 6:00 p.m. could not show up in your account until Monday morning. However, blockchain technology is always operational.

Anyone with access to the Internet and a blockchain network may see a complete record of all the transactions that have taken place on the network. While users have access to transaction details, people sometimes incorrectly assume that blockchain networks, such as Bitcoin, the-bitlq.com , provide anonymity, when in reality they merely provide privacy.

An individual’s identity is still attached to their ledger address if they have bought Bitcoin through an exchange that needs identification, but a transaction, even when associated with a name, does not disclose any personal information.

Customers often pay a bank for transaction verification, a notary public for document signing, and a clergyman for religious ceremonies. Since blockchain technology doesn’t require a third party for verification, it saves money by doing away with that expense.

There are so many blockchain benefits provided for users around the globe that it is the most secure platform. The blockchain of a cryptocurrency is an example of a public database, but it could just as well be used to store other kinds of data, such as contracts, government IDs, or a company’s inventory. This is because blockchain benefits also that it is decentralized and open to anybody with internet access.